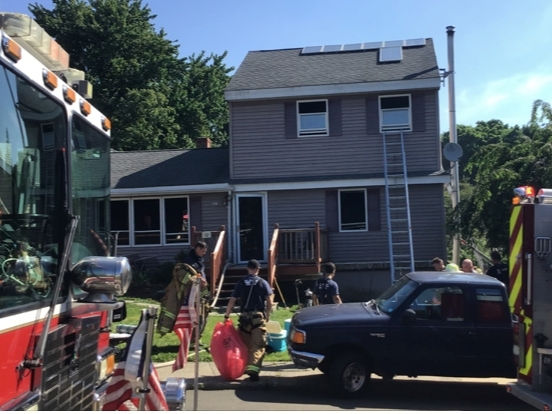 MILFORD, CT – A smoke detector helped a family of four and their German Shepherd escape a fire on Father’s Day morning, according to Milford Fire Battalion Chief Thomas Thornberg.

Firefighters were called to the residence at 12 Andrus Promenade at around 9 a.m. The fire started in the basement. When the crews arrived, they found “thick smoke coming out of every window of the two-and-a-half-story family home,” Thornberg said.

There were no injuries. Four engines, two ladder trucks, a medical unit and the team leader responded. The fire is under investigation.

Thornberg said closing doors during a fire can make a big difference.

“This will help keep the fire contained in the original room and prevent fresh air and oxygen from feeding the fire to accelerate its growth,” he said.

To request that your name be removed from an arrest report, submit these required elements To [email protected]