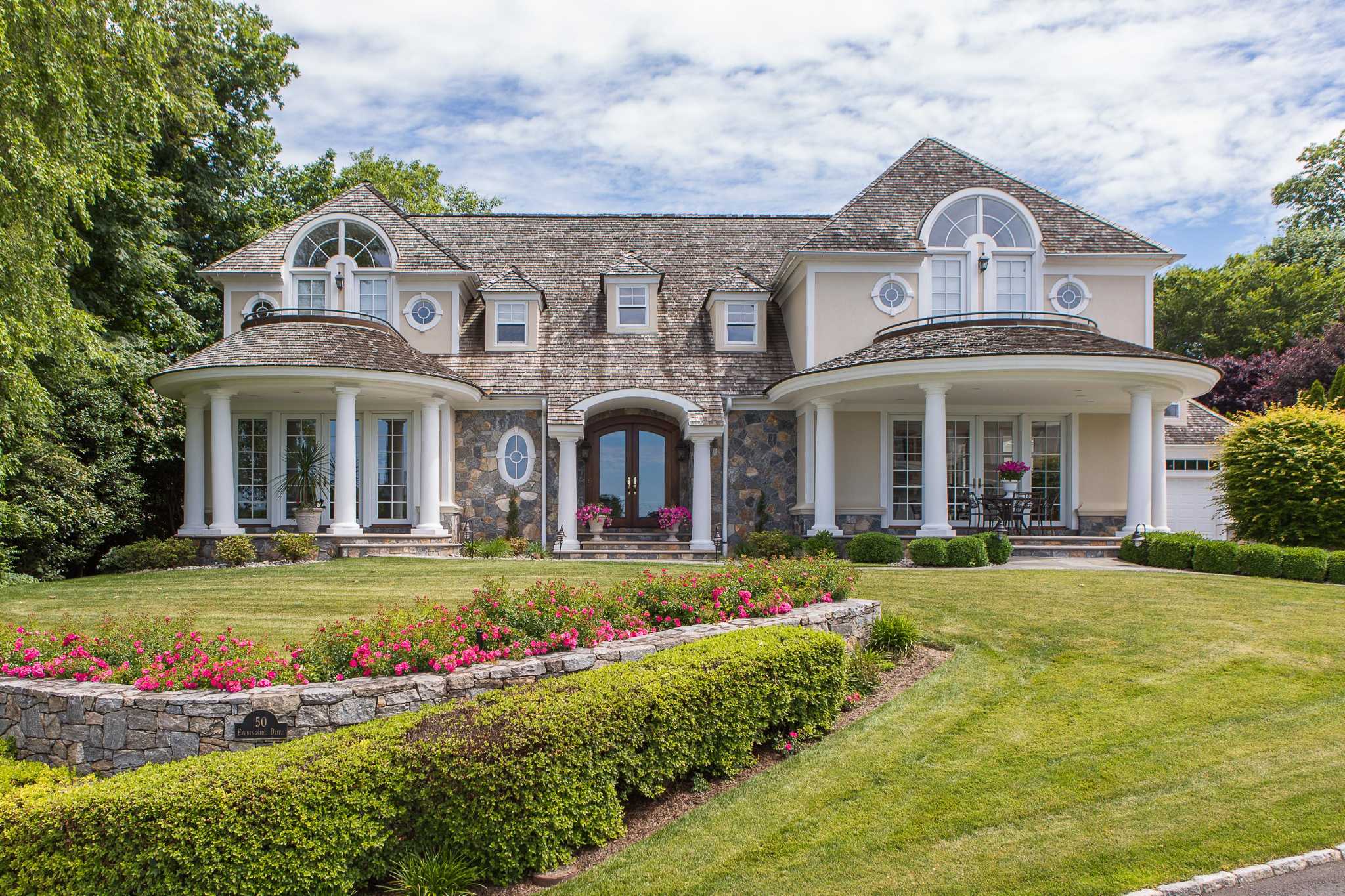 MILFORD – The home theater at 50 Eveningside Drive is not just a large room with a big screen TV. It is a legitimate theater, with a projector, lights that dim during the performance and a curtain that pulls back to reveal a screen that descends from the ceiling. The wallpaper border taped around the room is even covered with tiny images of movie posters.

All that’s missing is a giant soda and a can of Junior Mints.

The theater is just one room in the lavish 5,555-square-foot estate, but it is a testament to the attention to detail throughout the home. Built in 2000, the home is now for sale and listed at $ 2.6 million. The owner, Bob Hartmann, said he had built it with the idea of ​​creating a house with stunning views of the water, but was not “above the water” and risked be flooded.

“I think you have the best of both worlds here,” Hartmann said.

The house has stunning views of Long Island Sound from most rooms, but perhaps the most interesting thing about it is how lovingly it is designed. Take the basement, for example. This is where the mini-cinema is located. The second floor also contains a sauna, an exercise room, a billiard room and a wine cellar of 1000 bottles.

Most of these rooms have glass doors, engraved with the name of the room and, sometimes, an illustration. The door to the wine cellar, for example, is engraved with grapes.

Elsewhere in the house, craftsmanship is also evident. There are vaulted ceilings throughout, sleek archways, and even an interior balcony on the upper level that overlooks the main living space. On the main level, the cabinets, floors and even the elegant columns placed between the front door and the living room are made from the highest quality wood, Hartmann said.

Cabinets, for example, are made from bird’s eye maple, named after the many small swirls inside.

“At the time this house was designed, there was really nothing like it in Milford,” Hartmann said.

The columns are a combination of bird’s eye maple and mahogany.

The home has four bedrooms, four full baths and three half baths. There are two master bedrooms, one on the first floor with its own fireplace. Hartmann said the first floor master allowed “all living on one floor,” leaving the floor free for children’s bedrooms or guest rooms.


Outside there is a heated swimming pool with a waterfall and an outdoor living space that includes a kitchen and a full bathroom.

Hartmann said the house is great for the holidays; shortly after its construction, his family welcomed around 200 people around Christmas.

“We always wanted to be fun friends and for it to be kind of a fun house,” he said.

Do you know of a house or building with an interesting history? Contact [email protected], and the house could be featured in Habitat.