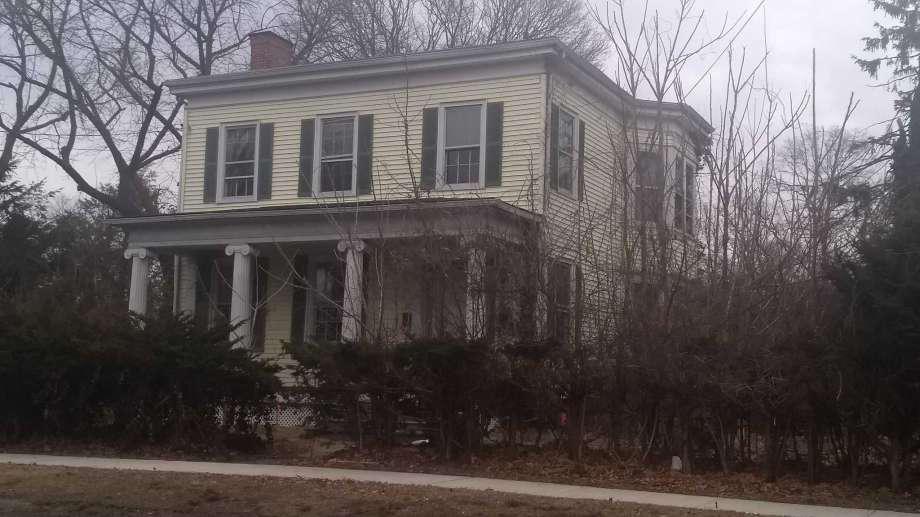 Correction: An earlier version of this story incorrectly reported that the Baldwin House was going to be demolished. On the basis of a judicial settlement, the house will be restored.

MILFORD – The city and a developer have agreed to settle a lawsuit over the fate of the nearly 200-year-old Baldwin House at 67 Prospect Street. The deal will preserve and restore the home, while paving the way for 36 apartments to the rear of the .98-acre property.

If the Town Planning and Zoning Council approves the request at its January 19 meeting, the house would be used for offices and a fitness center for apartment dwellers.

Patrick Rose of Rose Tiso and Company is requesting a review of the coastal area site plan for the project on behalf of the owner, 67 Prospect Street LLC. The three-storey apartment building will have ground-level parking and includes 36 one-bedroom apartments on the next two floors. This is a reduction from the 44 units offered in 2017. The property would have 58 parking spaces, of which 32 would be under the building.

The lawsuit was triggered in April 2018 when the Milford Historic Preservation Commission denied a certificate of desirability that the owners sought to allow the house to be demolished. The city and the claimant agreed to settle the dispute with the commission voting in favor of the settlement at its September 21, 2020 meeting.

The owners, in turn, agreed to withdraw two parts of their lawsuit, one challenging the legality of the city’s historic conservation order and the other asking the court to order the certificate of desirability. to allow demolition.

The city agreed that the conditions for approval of the site plan would be the issuance of a certificate of suitability once several conditions have been met by the applicant.

First, the owners paid for a ground-penetrating radar survey on August 20, 2020, which concluded that there were no “abnormal radar reflection patterns compatible with unmarked graves”.

Second, the owners agreed to recreate and restore a bronze plaque and stone, previously located next to the driveway of Baldwin House, in or near its former location.

Finally, they agreed to either re-wood the exterior building systems of the Baldwin House or replace them with wood before a Certificate of Occupation was issued for part of the building or site.

Attorney Thomas Lynch, who represents the LLC, said his clients have agreed to downsize the building and bear the cost of renovations, which he says will be expensive.

David L. Baldwin built the house in 1835. Baldwin was Clerk of the Town of Milford for 27 years and Clerk of Estates for 12 years. The property was once owned by the Reverend Peter Prudden (1601-1656), leader of the Hertfordshire group who founded Milford in 1639, and first pastor of the First United Church of Christ.

Local historians believed the town’s first cemetery was in Prudden’s backyard, meaning a number of Milford’s founders could be buried on the property. However, the radar survey settled this issue.

Zoning regulations require 1,000 square feet of land for each one bedroom or efficiency unit, which means that a project of this density is allowed in the zone.

In February 2018, the plaintiffs submitted a structural report from Atlantic Consulting & Engineering of Bridgeport, which concluded that the 1835 house is unsafe and should be demolished.

When the Inland Wetlands Agency approved the wetland portion of the project on December 20, 2017, seven residents expressed opposition, due to concerns that the project would affect neighboring properties with regard to stormwater flow.

The project required wetland approval as the property is located within 150 feet of wetlands or streams in the Wepawaug River watershed.

Coming before planning and zoning, the project requires a review of the site plan for the coastal zone. No public hearing is required, but residents must request one.