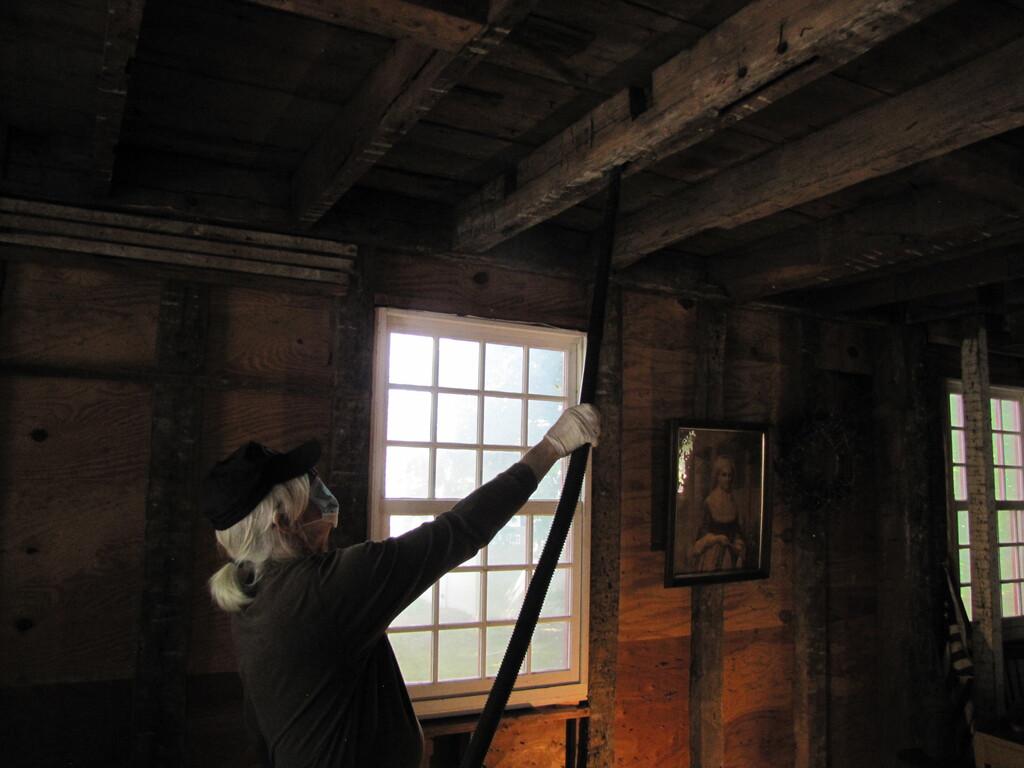 Native American artifacts unearthed in Milford will be among the items on display at John Downs House this weekend, according to Timothy Chaucer, board member of the Milford Preservation Trust.

Chaucer said many of the artifacts on display were found during a search of the house, also known as Minuteman House.

“We found many artifacts that will be on display, including a half-penny Hibernia that dates back to the first quarter of the 18th century,” he said.

Hibernia was the name once used for Ireland, Chaucer said, and as an English colony there would have been a lot of such coins in the area. The piece features an image of a woman playing the harp.

“(This) is kind of (interesting) being that the harp is the symbol of Ireland to this day,” Chaucer said.

In addition to colonial artefacts, several Native American pieces will also be on display, including a stone ax estimated to be between 4,000 and 6,000 years old.

Chaucer said the display was the trust’s first since the start of the COVID-19 pandemic. The group is also planning to open John Downs House for Connecticut Museum Day in September.

For this weekend’s opening, volunteers may also be working on the dig site at the rear of the property, allowing visitors to see a real dig in progress.

Events and exhibits like these allow people to see the interior of the John Downs House. Chaucer said it gives the public a chance to appreciate local history and learn more about Downs.

According to the Milford Hall of Fame Committee, John Downs was a weaver, teacher, and militia member who fought in the Revolutionary War with Connecticut forces in the Battles of Brooklyn Heights and Harlem Heights in the New York countryside. , in addition to seeing the action in fights in New Haven and Fairfield. He also served as Milford Minuteman. His life is well documented, as he also kept a journal of his daily activities for 47 years.

Chaucer said the house is listed on the National Register of Historic Places as dating back to 1750, but that there are features in the house, such as a double beehive oven in a large firebox, which have been used in previous structures.

Admission is free, but the Preservation Trust is asking for a donation of $ 5 to help restore the house to its 1776 state.